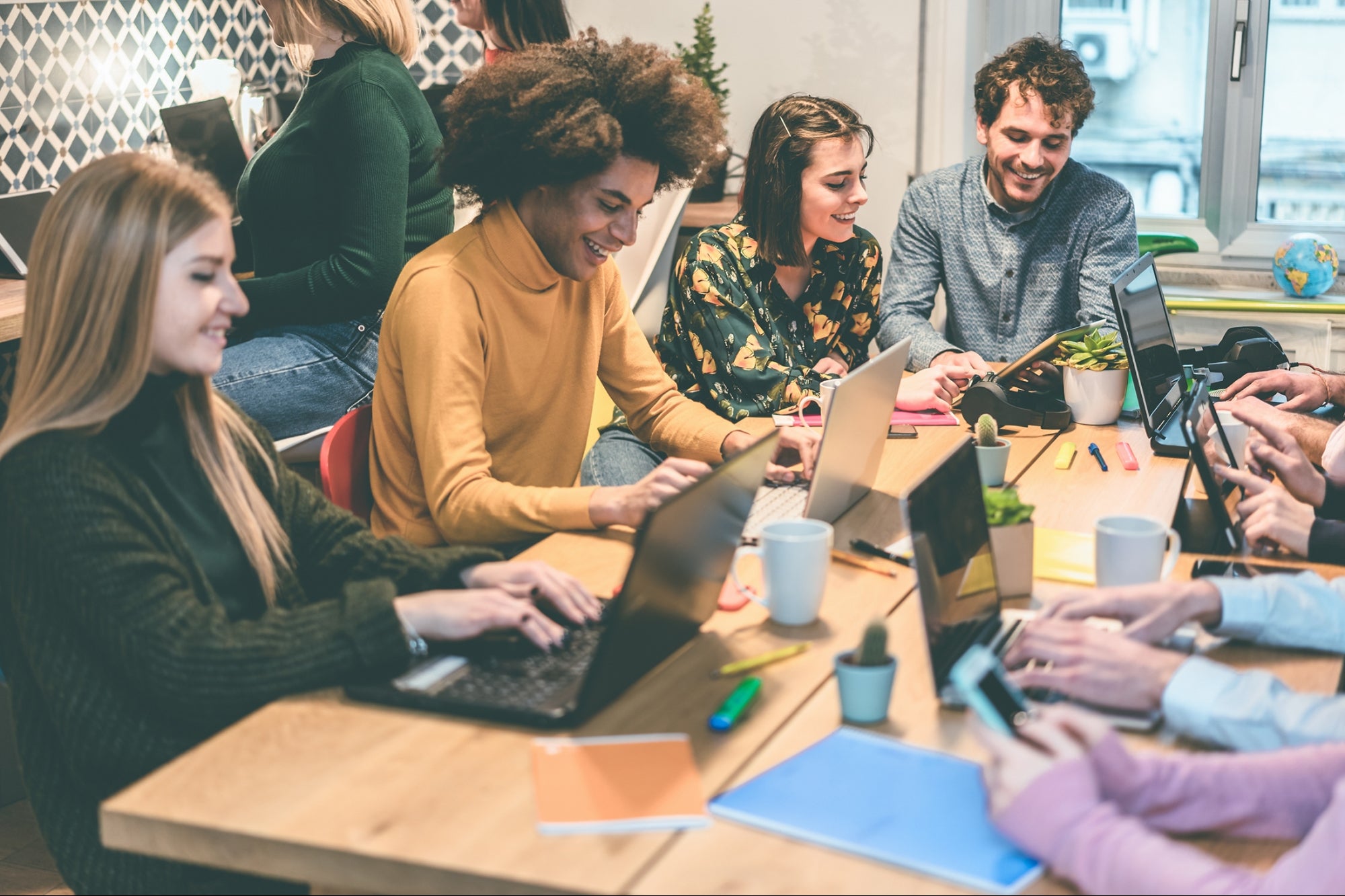 Flighty, anti-work, tech-obsessed, job-hopping, cooler than thou and expectations that are impossible to live up to: Generation Z, (aka the population born between 1997 and 2012, that is now 2 billion strong worldwide) has been slapped with lots of labels.

With over 61 million Zoomers of working age in the US alone, employers are eager to understand the rising workplace majority.

To get the real story, we surveyed 1,000 US-based workers between the ages of 18-24. We asked them what they wanted their career trajectories to look like and where they saw themselves going at their current companies. Based on this research, we found most of the aforementioned assumptions don’t hold water.

Related: This Teen Influencer Wants To Inspire Through Her New Jewelry Line

Our survey found a whopping 75% of Gen Z employees said they regard their career as a path to achieve self-fulfillment. In other words, the job they pursue isn’t an afterthought but something of profound importance.

What’s critical to recognize, however, is that Zoomers are discerning. They want to know their work is meaningful. Recognize that for this generation a career isn’t just a paycheck, but a means of expressing and nurturing one’s own purpose.

Ultimately, employers must ensure that their employees can connect their day-to-day work with their own goals, as well as the company’s mission.

“They want to work remotely…”

As digital natives raised on screens, Gen Z may be right at home with remote work, but it’s a mistake to presume Zoomers are happiest on Zoom. In fact, just 17% of these employees prefer to work completely remote and almost two-thirds would rather be in the office at least some of the time. Anyone who remembers their first “real job,” can probably understand why.

Office life remains a formative experience: it’s where we meet friends, valued colleagues and even future spouses. It’s a living lab to absorb first-hand lessons on leadership and the principles of constructive disagreement. It’s where you learn the unspoken, but hugely important, rules about how to navigate the world of work.

For companies, the key is not to jump to conclusions about how your employees want to work. Flexibility is paramount, and asking your workers about their preferences can make them feel valued.

“They have no desire to climb the corporate ladder…”

The data shows 66% of Gen Z employees are interested in a management role at their current company.

Motivations are practical: sixty-one percent of Zoomers said better pay and benefits made management most appealing. For all their idealism, this is a generation who knows the good life doesn’t come cheap and sustaining the standard of living idealized on social media requires serious capital.

To keep the new generation of workers engaged, it’s important to satisfy employees’ desire for control over their careers without sacrificing operational needs. People want to see progress and if they go too long without a promotion, they’re more likely to quit.

Related: The Many Reasons Why Gen Z Prefers Weed Over Alcohol

“They are driven by instant gratification…”

The Zoomers we surveyed identified being a mentor, influencing company direction and having more say in decision-making as priorities. In short, they crave impact.

Gen Z has experienced the power of digital technologies to accelerate change. They’ve seen social movements launched with a single Tweet and good ideas go from Kickstarter to execution in a matter of weeks.

For employers, it’s key to recognize that these workers have little patience for internal processes and bureaucracy. If Zoomers feel like they’re stagnating or their work isn’t contributing real value, they won’t likely stick around. Leaders must find ways to trim the fat from processes that no longer serve employees and make it crystal clear to workers where they’re making a difference.

More than half of Zoomer employees say they plan to stay at their current company for at least three years –– and more than a quarter say they’ll stay for five years or more.

This demographic has lived through a major recession, come of age in the gig work economy and seen whole career paths replaced by algorithms. Having seen all that disruption, it’s not surprising many Zoomers now prize stability at work.

Employers can tap into Gen Z loyalty by showing employees they’re valued as individuals. This means recognizing their contributions and their aspirations. It means mapping clear career trajectories and — above all — transcending transactional relationships and HR software that treat workers as numbers in a spreadsheet.

Scientists and intellectuals have used the idea of generations since the 1800s to make sense of social and cultural change. But the truth is these are, at best, approximations and, at worst, distortions. Transcending simplistic stereotypes is the first, critical step for employers to tap into the next great wave of talent to come through their doors.

INBOUND 2016: Rand Fishkin “How To Keep Up With Google” + Drive Organic Traffic from Google
Audio Marketing Can Help You to Attract Customers, and Micmonster Makes it Easy
How to Find a Remote Digital Marketing Job (Tips for 2022)
WordLift Can Help Your Content Rank Better
How to Write Good Blogs, Social Posts or Email Campaigns – 5 Steps