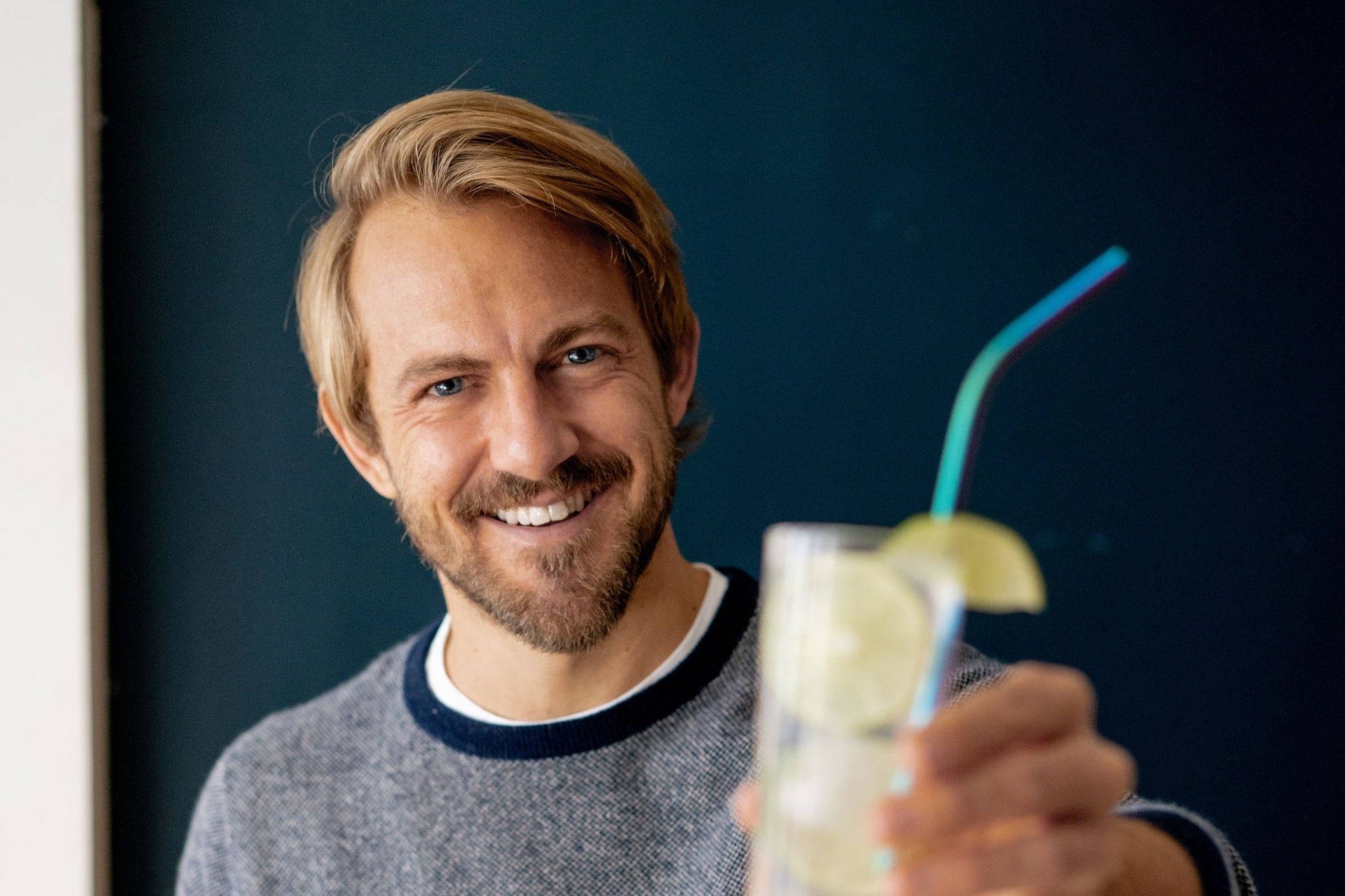 “Authenticity” would win the award for most-overused word in the influencer marketing world these days. Which means it would also elicit the most eye rolls. Nevertheless, authenticity remains the key differentiator between an influence-marketing activation that resonates with an audience and one that doesn’t. It is imperative for success, even if most people would have a hard time putting a finger on what a truly authentic influencer endorsement looks like.

In broad terms, authenticity simply means the message from the influencer to their audience is believable. But it’s more than just someone saying, “I like this product,” or even, “I use this product.” Consumers are savvy enough to know that when there’s money involved, even cut-rate influencers can put on a smile and act like they like a product. They can spot a fake while thumb-scrolling their way through Instagram without ever stopping.

So what does an “authentic” influencer endorsement actually look like? I went searching and found a perfect example.

Q Mixers is a spirits accessory brand, if you will. Its line of carbonated beverages, typically canned, complete a cocktail. Think club soda, tonic water, ginger ale, ginger beer. Most of its competitors market themselves individually, while Q Mixers — even in name — indicates they’re more interested in being an accompaniment to whiskey, rum, vodka, gin or tequila.

“As a small brand, our goal is to drive awareness and trial,” says Catherine Vodola, Q Mixers’ executive vice president of marketing. “People spend a ton of time selecting amazing spirits but don’t realize that when the majority of your drink is mixer, the quality of that mixer matters.”

The brand claims that by using natural ingredients, perfect carbonation and making their beverages less sweet, they allow the “subtleties of great spirits to shine through.”

Vodola knew influencer engagements were important for the brand because they provide instant expert recommendations. “We need advocates to help tell that story,” she elaborates. “To elicit an ‘a-ha!’”

Patrick Janelle began his professional life as a graphic designer, but Instagram vaulted him into the influencer stratosphere in the mid 2010s. Self-crafted imagery from his life traveling and living in New York City includes beautiful interiors and architecture, snappy personal fashion ideas and a peek into a trendsetter’s lifestyle. That hipness helped him grow to almost half a million followers at @aguynamedpatrick.

As Janelle’s popularity grew, so did his awareness that influencers like him needed help. In January of 2020, he founded Untitled Secret, a management firm that represents content creators. One of its clients happens to be Elliott Clark, also known as The Apartment Bartender, a cocktail creator with a fairly engaged audience of more than 74,000 Instagram followers.

“Initially, Patrick was going to be in L.A. for work and Elliott was going to be in San Diego for a shoot,” he recalls. “We figured we’d have them meet in person to shoot an interview-style, co-hosted, socially distanced tutorial video for Q Mixers.”

Alas, a renewed surge in infections late last year derailed their travel plans, so the conversation shifted to what might take the place in lieu of an in-person conversation.

Eventually, someone threw out the idea to film the two influencers having a virtual meeting from a fly-on-the-wall perspective, rather than the flat, Brady Bunch grid boredom of Zoom. “We’re all pretty collaborative, so it’s hard for me to remember who exactly came up with what idea,” Abascal admits. “But we figured that recording their Zoom interaction and shooting it from an outsider’s perspective would allow for a more dynamic, almost cinematic edit to an otherwise simple social media video.”

Janelle adds: “So, it was really a conversation about what does that look like? What are we talking about?”

The most important element of the plan, according to Janelle, was thinking through how to deliver interesting and engaging content that also happens to have the product and brand integrated in a meaningful and thoughtful way.

“Ultimately what they really wanted to showcase was the versatility of the product at home,” Clark says. “We wanted to bring something a little bit more interactive, where it’s more about the conversations that are being had over the product versus it being strictly about the product.”

The execution was perfect. The two are friends and share a mutual love of cocktails. They jumped on a Zoom call to catch up before the holidays. The video was posted on December 21, 2020.

In the clip, Janelle asks his expert friend what makes a good cocktail. Clark’s answer is quality ingredients. The list includes the type of mixer you use. The B-roll lays in Q Mixer product shots.

The conversation then shifts to holiday cocktail ideas, and Janelle asks what Clark is drinking. A list of ingredients includes Q Mixers Grapefruit. Janelle then goes deeper into Q Mixers ingredients as his reason for liking the brand. Queue the talking points.

Clark then asks what Janelle is drinking. His Dark & Stormy includes ginger beer, another Q Mixer flavor. Then the banter turns to Janelle’s favorite place to travel and that he is often asked whether or not Clark is single. (He is.)

You can tell the two have a genuine rapport. The brand is highlighted and talking points are made, but not in an overly pushy fashion. You can watch the less-than-two-minute video and walk away with some information or entertainment value without feeling like you’ve just been handed a marketing tagline.

Before your brain jumps to the question of ROI or how many cans of mixers this Instagram video sold, let’s go back to the client’s goal: to drive awareness and trial of Q Mixers. “We are not a direct-to-consumer brand, so we can’t track (sales) directly,” explains marketing EVP Vodola. “We use the traditional methods of reach, engagement rates and swipe-ups. We also indirectly track follower growth.”

Another way brands can measure awareness is through social listening. If an influencer (or two) talk about your brand on social media, one would think the ensuing conversation would generate some online buzz around your product or service. According to data from social listening platform Talkwalker, the highest point of online conversation about Q Mixers in the last two years? The week of Janelle and Clark’s conversation post.

“When you find the right person, that individual brings your message out effortlessly and with great authenticity and authority,” Vodola says. “Both Patrick and Elliott are super personable and great individuals, but they have a real passion and authority in the drink space. They totally get why Q Mixers is a better mixer and that it matters. And they tell that story well.”

It’s important to note that the success of influencer marketing is best defined by long-term gain for both the brand and the content creator. Clark discussed and promoted the collaboration on his Instagram stories to support Janelle’s placement of the content, but this example is a single video post. Q Mixer has collaborated with both Janelle and Clark over time to reinforce the messaging and add frequency to the reach both provide.

The content here was also driven by a creative concept formulated by two influencers, a talent-management firm and the brand marketing and PR teams all working in collaboration. The production was far more elaborate than just a phone and a selfie stick. Both Janelle and Clark use professional videographers and photographers to produce their content.

“It was a good bit of work,” Janelle confirms. “We had to be creative about how we were executing and be sure the brand was completely happy with the end result.”

They were, and the brand was, but it came together because the influencer content was treated like a high-quality creative execution. Q Mixers didn’t undervalue either of the two content creators by simply renting their reach. They invested in the creative direction and production value each provides.

It came together because the concept was right: Put two friends together having a real conversation that happens to include the brand, arm them with the talking points the brand hopes to convey, and let them present it in a way that the audience will notice without skepticism or furled brow.

It came together because it was authentic. To the brand. To the influencers. And to their audiences.

An Asynchronous Workforce Is The Future. Are You Ready For It?
Increase Your Sales Power with the Pause Power – Sales Tips
8 Things That Are RUINING Your eCommerce Sales
La obsesión de la Generación Z por dispositivos del pasado
This day in search marketing history: January 22